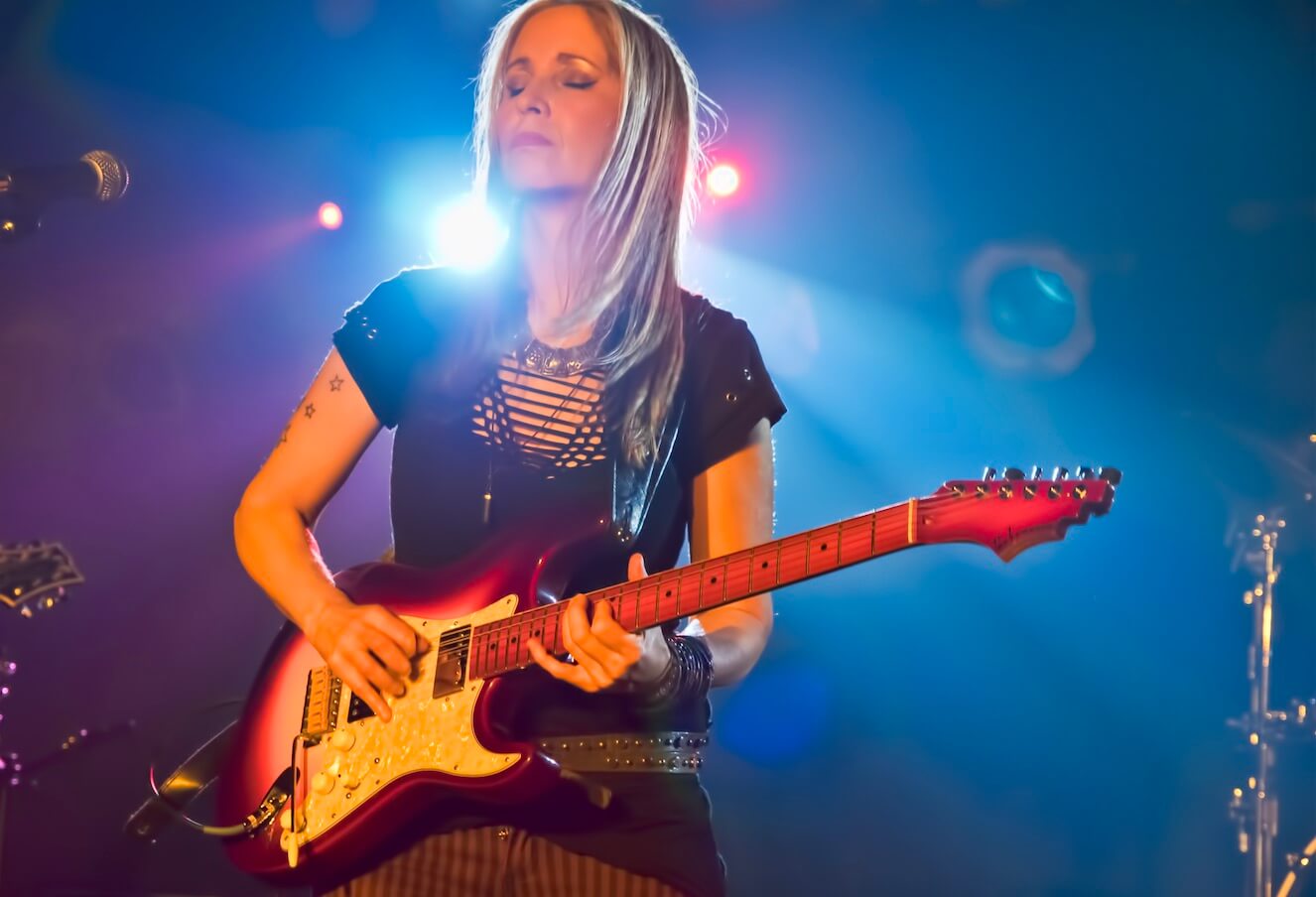 Jane Getter Premonition’s recent live album “ON Tour” has been receiving some great reviews from fans and publications online! See below quotes from Anil Prasad (Innerviews) and John Kelman (All About Jazz).

“Jane Getter Premonition’s new live album from the tour supporting its 2015 On release is appropriately—and humorously—titled On Tour. Getter is a superb, genre-bending guitarist equally at home in the jazz-rock, progressive and singer-songwriter realms. Her vision is one of cross-pollination with pieces infused with lots of intricate and engaging melodic and harmonic elements. There are plenty of thrilling instrumental pyrotechnics, too. One glance at the all-star musicians accompanying her on the recording tells you all you need to know about the esteem Getter is held in. Adam Holzman, Alex Skolnick, Chad Wackerman, Stu Hamm, Mark Egan, Mino Cinelu, Bryan Beller, Theo Travis, and Corey Glover all contribute to the release. Each stamps their own personality on the work without overwhelming Getter’s intricate and nuanced compositions. Highly recommended.” – ANIL PRASAD, INNERVIEWS

“Released independently, the in turns exhilarating, lyrical, delicate and crunching 66 minutes of ON Tour is a terrific document for those who managed to catch some of her shows…and, perhaps, an even more essential one for those who didn’t. It will also, hopefully, maintain the momentum she began to build with ON; Getter’s next studio album can’t come soon enough.” – JOHN KELMAN, ALL ABOUT JAZZ

Order a signed copy of ‘ON TOUR’ from Burning Shed, here – https://burningshed.com/jane-getter_on-tour_cd